Fiat Money Vs. Gold Standard: Summing Up the Key Differences

The fiat money vs. gold standard debate has been doing the rounds for quite a while. The Buzzle write-up below explains the differences between the two. 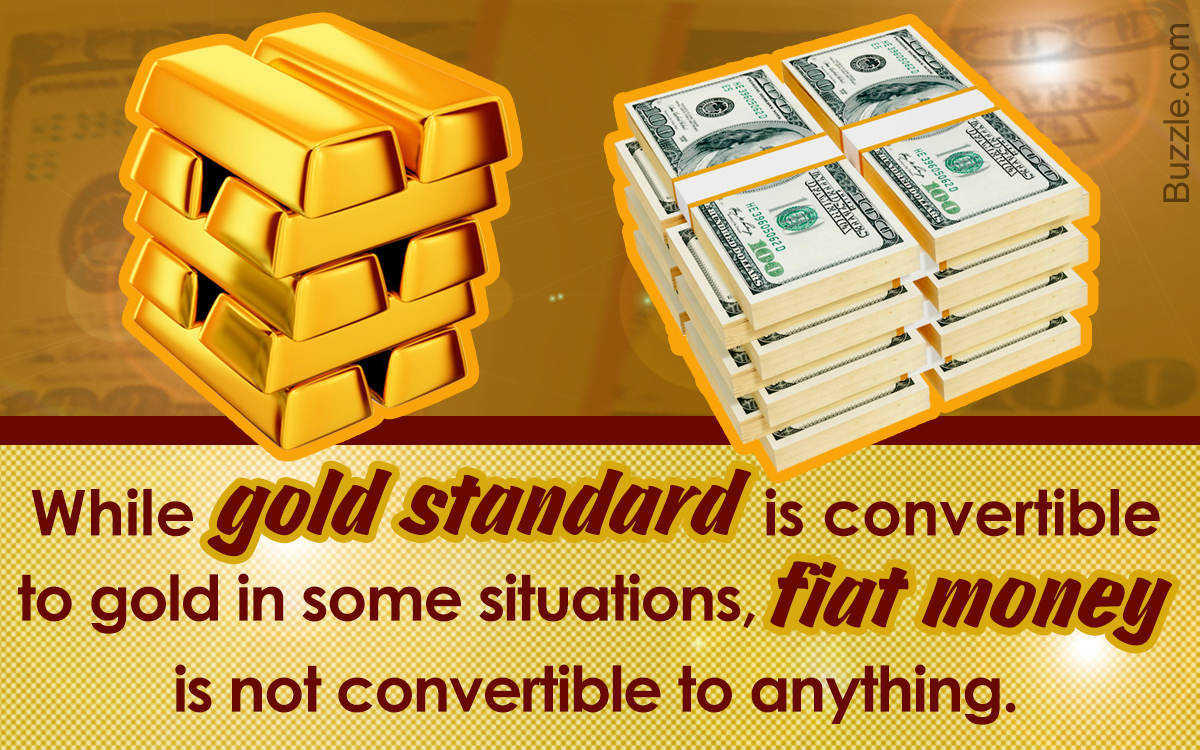 The fiat money vs. gold standard debate has been doing the rounds for quite a while. The Buzzle write-up below explains the differences between the two.

“The undermining of fiat money has been going on for over 40 years, and this has led to a lower standard of living, undermined social trust, and given far more power to the government. A weak U.S. dollar is a threat to the global economy and the only way to stop the greenback’s decline is to reintroduce a gold standard.”
― Steve Forbes, Editor and Chief, Forbes Media

The economy of every country demands a method of money supply and management. Since centuries, people have been using different methods of financial exchange; for instance, in many countries, the earliest method has been reported to be the barter system or the exchange of goods. The method of exchanging physical commodities was considered to be efficient and systematic, as of those days. Today, however, many countries have been using paper money. This is what is called ‘fiat money’, which holds value only when the system declares it to be worth something. Gold reserves, on the other hand, will remain valuable, and their worth is not decided by the system. There have been intense economic debates all over the world regarding which method would be beneficial globally, as of the current date. Some points of difference between fiat currency and gold are given in the paragraphs below so that you can opine about the same as well.

Points to be Discussed

A well-managed fiat monetary system might be the best way to keep inflation down, not returning to a gold standard. The latter might harm national security by restricting the country’s ability to finance national defense.

7 Different Types of Taxes That You Pay
What is Meant by Economic Nationalism?
Here’s an Extensive Summary of 1933 Emergency Banking Act