Things You Should Know About Reaganomics and Its Consequences

The economic policies of President Reagan are popularly referred to as Reaganomics― policies that dramatically affected the American economy in the 1980s.

Home / General / Things You Should Know About Reaganomics and Its Consequences 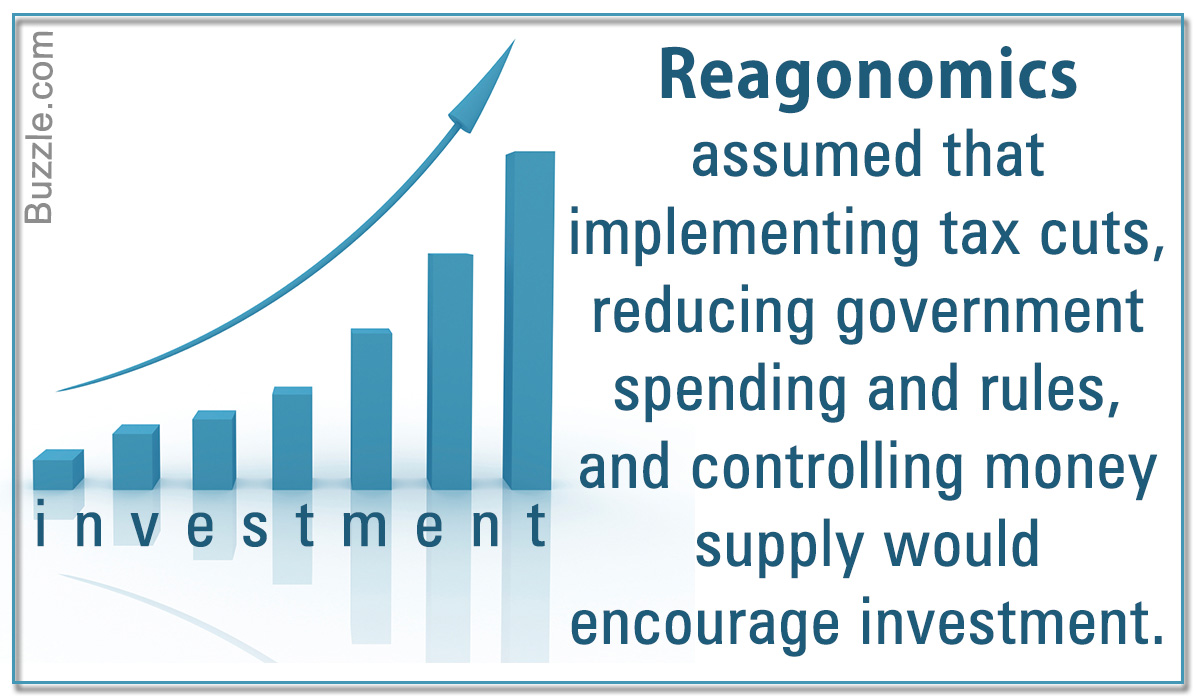 The economic policies of President Reagan are popularly referred to as Reaganomics― policies that dramatically affected the American economy in the 1980s.

“The problem is not that people are taxed too little, the problem is that government spends too much.”
― Ronald Reagan

As is well-known, every government in the world today tries its best to have an equilibrium between the economic wants and needs of the country, the government revenue, and the government expenditure. Experts put forward several theories relating to how to go about this task, how to achieve and maintain that equilibrium and experience economic progress at the same time, and so, we can say that Reaganomics tried to do the same in the 1980s in America.

Simply put, Reaganomics can be explained as the economic policies that were introduced during the administration of President Ronald Reagan in the 1980s. Advocates of Reaganomics highly praised the effects of these policies on the American economy, and called them components of a ‘free-market’ economy, while opponents, which included several important personalities of the time, severely and intensely criticized them. Reaganomics was infamously also known as Voodoo Economics by opponents of the Reagan administration. 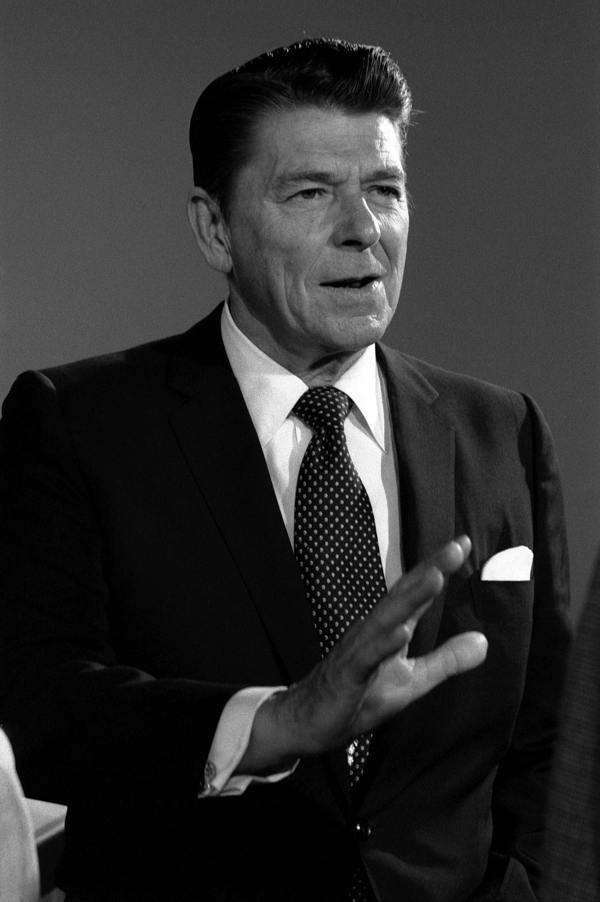 ❑ The American Economy before the Reagan Administration

When Reagan was elected as the American president for the first time in 1981, he inherited an economy that was in a state that was worse than terrible, perhaps, just as bad as it was back in the 1930s.

These factors began exerting a lot of inflationary pressure on the economy, and the masses began to suffer. To make matters worse, the economy was facing stagflation― a phenomenon where a continual rise in price is accompanied by slow economic growth. Experts were trying hard to get the economy out of this chaos, but none of the frantically introduced policies seemed to be working. Until President Reagan introduced his policies, the government was at a loss of what to do― nobody had any answers.

✦ Coined by popular American radio broadcaster Paul Harvey, the term Reaganomics is a blend of Reagan and Economics, referring to President Ronald Reagan’s economic policies during his administration. President Reagan was of the firm belief that misguiding and misunderstood economic policies were to blame for the condition of the economy at that time. He felt that the free market was straining under too many government rules and regulations, burdensome taxes, and excessive government expenditure.

✦ Reagan’s administration advocated four main economic policies― reduction of the federal income tax and the capital gains tax, reduction of government rules and regulations, tightening of the money supply to curb inflation, and reduction of the growing government expenditure. Reagan’s policies were based much on the theory of ‘supply-side’ economics, which claimed that lowering of economic barriers would encourage people to produce and invest more in goods and services (supply) which will ultimately benefit the economy in several ways. Reagan’s policies were a strong contrast to the Keynesian demand-stimulated economics, and were thus a welcome change from what America had been experiencing for a long time.

✦ Reagan’s administration advocated that cutting of tax rates would smoothly cover the increases in the federal debt. The Reagan administration based their opinions on a theoretical taxation model called the Laffer Curve, which was based on elasticity of taxes. This model claimed that high taxes actually reduce the incentive for manufacturers to produce more, thus affecting the national revenue. Reagan, too, felt that government interference actually hampers the work of corporations, as they are obliged to follow too many government regulations and pay high taxes, and this reduces their incentive to invest as and when they want, thus ultimately affecting the national revenue. He felt that a drastic reduction of government control would help create an incentive for those looking to invest.

✦ Reagan’s tax rate reduction policy assumed that if the tax rates were decreased, more and more people would invest in production, which would lead to a higher number of goods and services becoming available in the market, which would increase more sources of taxation revenue. At the same time, added investment would result in job creation for the increasing labor population. The reduced taxes would also increase the industries’ willingness to hire and pay more workers, thanks to less expenditure in taxes and more revenue through sales. The whole model would thus increase the standard of living of the workers who would be the consumers of all the increased production that would be available in the market. The economy, according to Reagan, would thus work with supply at the base, instead of demand.

✦ Similarly, Reagan’s administration felt that the existing burdensome government rules and regulations actually reduced the incentive of new businesses to consider entering the market. The Reagan administration felt that the government regulations tend to overwhelm new manufacturers and business people, who then rethink their decision of investment. This was a threat to the economy, according to Reagan, and the country was foregoing future potential tax revenue. Hence, felt Reagan, if these regulations were lifted, the economy would undoubtedly progress.

✦ President Reagan began with the implementation of his policies in 1981, when he lifted the domestic petroleum prices and allocation controls and lowered the windfall profits tax, though he agreed to a small rollback of both corporate and individual tax cuts in 1982.

✦ The Reagan administration followed their 1981 tax cuts with the Tax Reform Act of 1986, which reduced the tax rates for the rich, and increased them for those earning less than $50,000 annually. Tax deductions were eliminated, and marginal rates were lowered.

✦ Reagan also increased expenditure on defense, and during his tenure, about 27% of the total public expenditure was allotted towards defense spending. In the beginning, this was what allured the masses as well as the businessmen alike― less taxes, more products in the market, more money to buy products, increased investment, control of inflation, and an increased defense expenditure.

✦ However, though the intention of these policies was only to help the economy rise from the mess it was lying in, the implementation did not bear completely fruitful results. Critics, in fact, claimed that Reaganomics did more harm than good.

While Reaganomics theories did show some promise at the time, they have had quite a lot of negative effects, especially on the country’s working class. Critics believe that Reagan’s policies were based on a theoretical model whose validity wasn’t completely proven, referring to the Laffer Curve.

✦ Through Reagan’s numerous tax cuts, the burden of taxes fell down the income scale. Though Reagan reduced the income tax rates, they actually only benefited the rich classes. Thus the tax rates, instead of being reduced, were in fact only redistributed from the upper class to the lower and middle classes.

✦ During the years of Reagan’s administration, the poorest of the American families actually had to face an increase in the federal tax rate, as it increased by more than 15% for them. The wealthy American class enjoyed the benefits of tax reduction, as the taxation rate for them fell by 5.5%. The richest section of the American population benefited the most― their taxation rates fell by approximately 14%. Therefore, the tax cuts unintentionally succeeded in increasing the gap between the rich and the poor.

✦ Though Reagan was a strong critic of the government social welfare programs, he could not dismantle them. A large part of the government’s budget was thus spent on these programs, which included Social Security, and Medicare. Also, he spent another major chunk of the budget on defense, as well as the federal debt; thus failing to alter the growth of government spending.

✦ Despite Reagan’s policies that were supposed to reduce deficit government expenditure, the national debt tripled during his tenure, reaching a pressurizing amount of $2.7 trillion. Annually, his administration started resulting in a federal budget deficit of approximately $100 billion, quite contradicting his strong opinions against deficit spending.

✦ Reagan’s administration had relaxed quite a lot of government rules and regulations that controlled industries. This led to the destruction of savings institutions like banks, which ultimately cost a taxpayer bailout of nearly $150 million to save them from bankruptcy.

✦ Critics strongly felt that a democracy was supposed to treat all its citizens equally, regardless of their economic conditions. In contrast, Reagan’s administration in fact only benefited the richer classes, and continued to add to the burden of the poorer sections of society.

✦ During the first few years of Reagan’s tenure, the poverty levels increased by over 25%. The added tax burden on the working class, a massive decrease in the government revenue, and increased defense expenditure all neglected the welfare of the masses, and resulted in an increase in the poverty level. Critics felt that the government was helping only those who were financially strong, and ignoring the ones who needed help, instead of it being the other way round. Increased poverty undoubtedly led to an increase in crime, which would prove to be harmful to the society.

Though harshly criticized, the advocates of Reaganomics have pointed out some positive effects of Reagan’s policies.

✦ The annual job growth rate was about 2% a year during Reagan’s administration.

✦ The unemployment rate too dropped to a little over 5% towards the end of his tenure.

✦ Also, the growth rate of the real GDP per capital was approximately 3%.

Though for Reagan and his supporters his policies seemed simple and beneficial to the economy as a whole, they failed to be implemented properly, causing the economy to face the troubles which were pointed out by critics. However, whatever may have been their reception, there’s little doubt that these policies dramatically changed the face of the American economy.

Note: The figures mentioned in this article are approximates.