A Brief Insight into the Concept of Protective Tariff

Home / General / A Brief Insight into the Concept of Protective Tariff 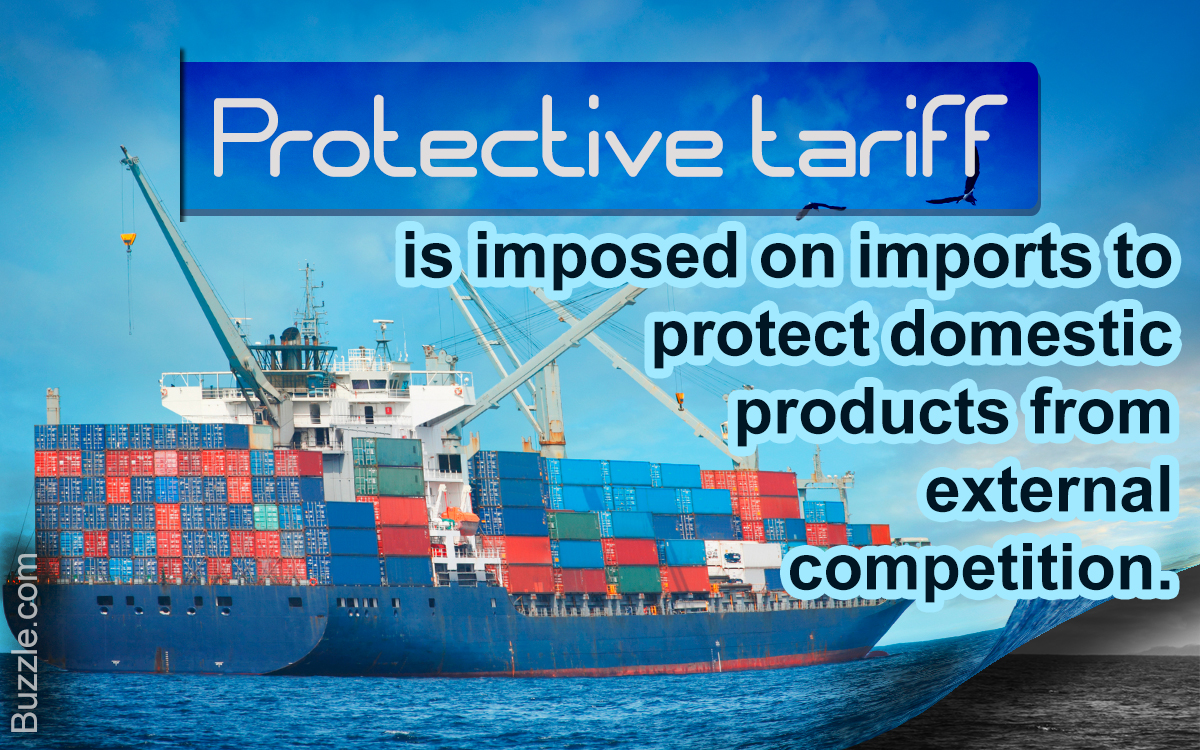 Fast Fact
The Tariff of 1789 Bill was the first major Bill to be passed by the United States Congress. It was the first Bill to be considered and passed in the first session itself. This was apparently done due to the increasing number of petitions from the industrial sector.

A tariff is a kind of tax that is imposed on imported goods. By the definition of protective tariff too, it means the same. It is imposed on imported goods to make them more expensive in the market. Countries use tariff in order to restrict trade. The tax varies depending on the item. It mostly depends on the value of the item, and the tax is levied as a percentage of this value. The government uses the concept to increase revenue as well. In fact, it is one of the commonly implemented methods to change trade policies. The paragraphs below elaborate on the concept of protective tariff.

The Purpose of Protective Tariff

Many oppose the concept of protective tariff, since they see it as a restraint on international market forces. However, it is a good means of maintaining the revenue of the country and helping to promote internal trade. It should not be overdone though, or it might lead to trade conflicts and other issues, which might cause the World Trade Organization to intervene.