Understanding the Endowment Effect in Economics With Examples

In the field of behavioral economics, a fairly interesting phenomena is the 'endowment effect', which states that once you own a thing, you tend to value it much more than its actual value. In this Buzzle post, we will give you a brief idea of the endowment effect, and the examples on which it is based.

Home / Stocks / Understanding the Endowment Effect in Economics With Examples 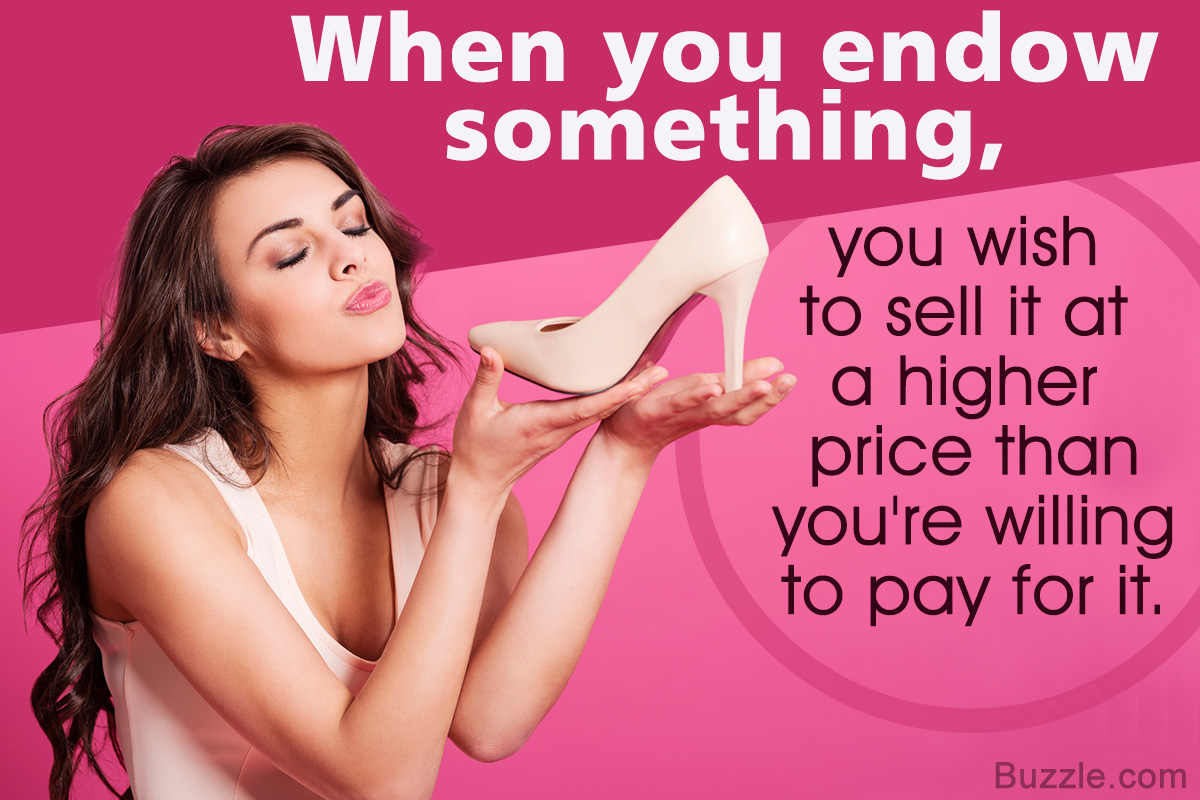 In the field of behavioral economics, a fairly interesting phenomena is the ‘endowment effect’, which states that once you own a thing, you tend to value it much more than its actual value. In this Buzzle post, we will give you a brief idea of the endowment effect, and the examples on which it is based.

Daniel Kahneman was awarded a Nobel Prize in Economic Science in 2002, for his attempt to infuse economics with psychology, analyzing trends of human behavior, and studying uncertainty.

Human beings are prone to emotions and do not always make the perfect decision, which a rational buyer or seller will do. Many economic theories are based on the assumption that the buyer/seller is a rational individual. But our decisions are always influenced by many factors. One such effect in economics, which has been widely researched, is the endowment effect. It is a cognitive bias exhibited by humans, and the discovery of endowment effect opened doors to many more aspects of behavioral economics.

What is the Endowment Effect in Economics?

Endowment effect in behavioral economics is based on the hypothesis that when you own something, you wish to sell it at an higher price than you’re willing to pay for it.

► It states that humans do tend to develop an attachment to the things they have bought, and are unwilling to let them go easily, much inverse behavior against a rational seller.

► Yes, the endowment effect concept states that you can be irrational in terms of economics, and your natural feelings may come in the way of selling any product, cause you immediately become possessive about it!

Famous Examples of the Endowment Effect

Economists Daniel Kahneman, Jack L. Knetsch, Richard H. Thaler have been accredited with laying down the foundation of the endowment effect in economics and its relationship with ‘loss aversion’ and ‘status quo bias’. Let’s take a brief look at two of their famous experiments, which led to this hypothesis.

► The endowment effect is based on the famous coffee mug experiment conducted, by Thaler, on the students of Cornell University. Some students in the class were given mugs and were asked to sell them to those who did not have them.

► Though a seemingly simple task, yet this experiment noticed something different. Those who had mugs were willing to sell it at a much high price, and those who did not have it, were willing to buy it at a much lower price. This proved that once humans have ‘endowment’ towards any article/product, and are much more inclined towards it, they value it much more than any similar good.

The Pen and Chocolate Experiment

► Some students in a class were given pens as a gift. Then, all the students were asked to choose between a pen or a chocolate.

► Surprisingly, 56% students, who endowed the pen, preferred the pen over the chocolate. Out of those who did not own the pen, 24% chose the pen. When asked about the attractiveness between both gifts, most of them had preferred chocolates over the pens.

► It implies that physical appearance does not influence your decision for trading, once you endow the product―the thought of parting ownership of your product is more painful.

Many attribute the endowment effect to the theory of ‘loss aversion’, which states that the pain of loss is much more than that of gain. It means, the fear of loss is much greater than the possibility of winning. An intense dislike for losing something, is a strong human behavioral pattern.

► Asserted and experimented by William Samuelson and Richard Zeckhauser, the ‘Status Quo Bias’, mainly through their questionnaires, means that people are biased towards maintaining their status quo, and take any change to be a threat or a loss.

► They have quoted through various examples, as to how individuals prefer to keep their status intact―synonymous to the quote ‘Old habits die hard’―and are inert to any kind of change. Thus, given a choice, we prefer the one which validates our status quo.

► Individuals perceive any change to be potential loss, and are wary of any gains, which does not justify their loss or compensate their loss. That is the reason, perhaps, they are resistant to change.

Endowment Effect on the Stock Market

We hold on to our stocks, even if they are loss-making, because of our ‘endowment’ attribute―we believe that we will get a good price if we hold on to it a little longer. This goes against the investment strategy of any rational investor―why would you hold on to unyielding stocks?

Criticism of the Endowment Effect

There are many behavioral economists who have criticized the endowment effect as only a study which was limited to a set of students. According to them, many individuals exhibit different attributes while trading in different circumstances. Well, of course, the sentiments of buyers and sellers may change over a period of time. Though criticized, it has certainly opened new realms of study and experiment, and of course, it is subject to various alternative hypothesis.

While many scholarly articles and research papers are available, I maintain that where the psychology of consumers and sellers is in question, uncertainty is the answer! Prediction and concluding any behavioral pattern, is simply not an easy task, given the baggage of ’emotions’ that all humans carry!