Credit Card Fraud Can Lead to These Penalties and Punishments

Heavy penalties are imposed to prevent cases of credit card fraud. In here, we provide you with information about the quantum of punishment meted out to fraudsters, who are involved in such crimes. 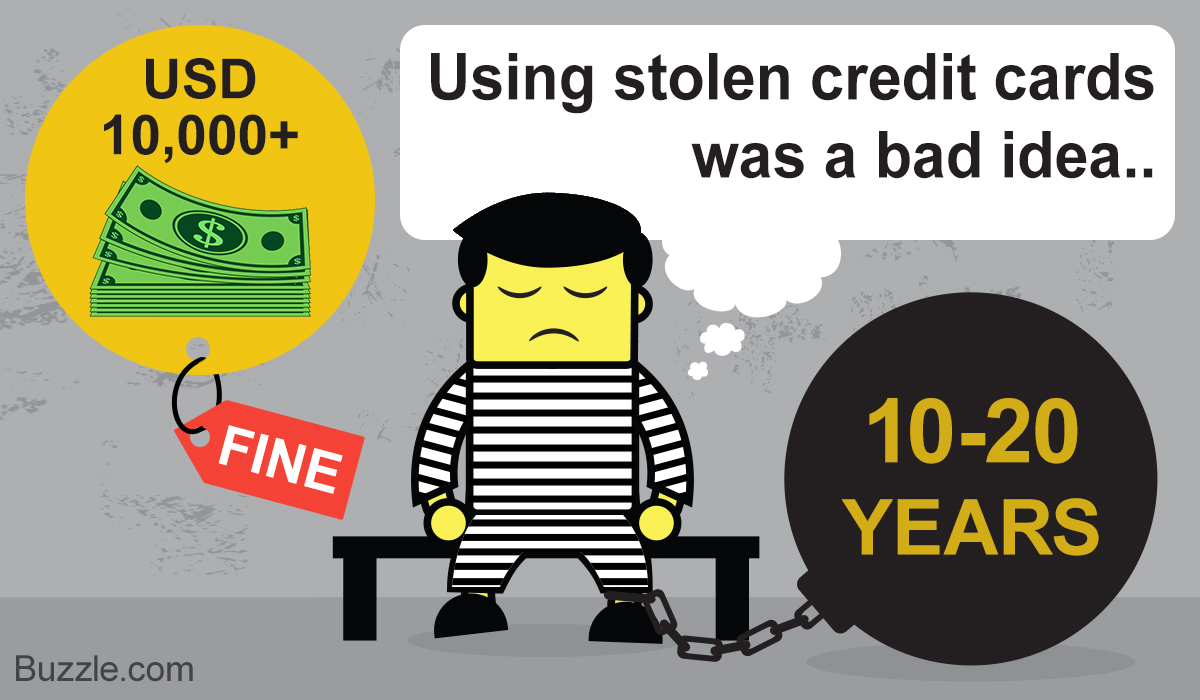 Heavy penalties are imposed to prevent cases of credit card fraud. In here, we provide you with information about the quantum of punishment meted out to fraudsters, who are involved in such crimes. 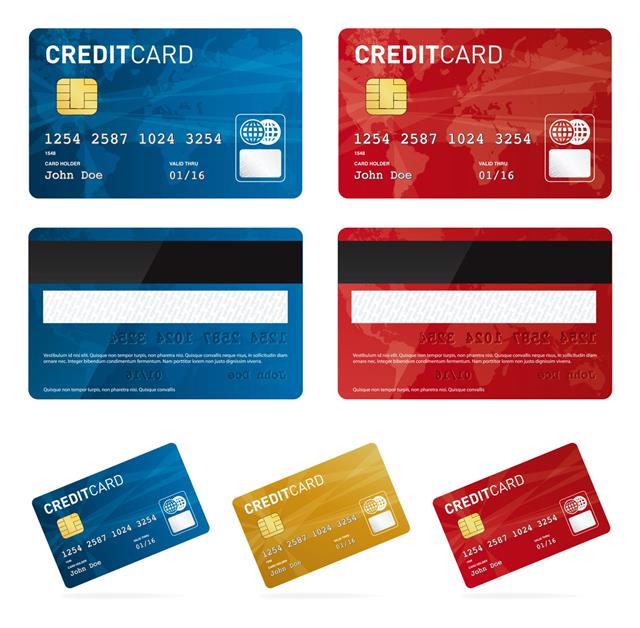 The Duped Millions and the Lost Billions

According to data provided by the U.S. Department of Justice, every year, about 11.57 million people fall victim to identity fraud. In 2013, the total losses due to identity theft related fraud amounted to USD 21 billion. US states with the highest identity theft complaints are California, Arizona, Texas, Florida, and Nevada.

Since money has turned plastic, identity theft cases have been on the rise. Credit card fraud is a type of identity theft, committed using a stolen credit card for payment of goods and services. With a view of curbing this ‘Easy Money’ crime trend, that has led to consumer losses amounting to billions of dollars, US legislation has caught up to impose strict penalties on offenders. In 1984, the Credit Card Fraud Act was passed for this purpose and later broadened to include other fraudulent activities related to other access devices. Later additions and amendments have increased the severity of punishment, especially targeting repeat offenders. The scale of these penalties is decided by the degree of fraud committed by the person(s).

In USA, the merchants from whom, items and services are purchased using a stolen credit card, are liable to pay for cost of the fraud. In fact, a merchant has to pay an extra chargeback fee too, in some cases. In many other countries, credit card companies take responsibility and pay the cost themselves. 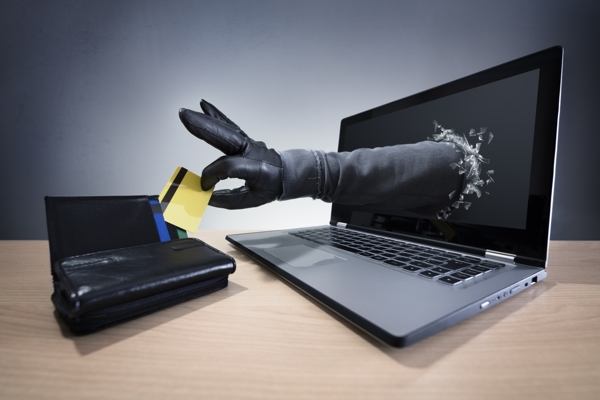 In USA, although victims are compensated and acquitted from a responsibility to pay, the rate of these fraudsters being caught is surprisingly very low. The United States secret service is the agency that looks into fraud investigation, related to credit cards. Unless the fraud exceeds USD 150,000, the FBI does not step in to investigate.

This type of fraud has to be reported to the ‘Federal Trading Commission (FTC)’ and to the local police. The FTC looks into or investigates only frauds exceeding USD 2000. The fraudsters take advantage of this and resort to buying low-cost items from many different stores, at a time. Thus, they avoid getting investigated by the FBI or the FTC. However, there is an increasing demand for stricter laws to deal with them and an effective investigative machinery that could nab them. The credit card companies, themselves have taken measures to prevent fraud, by providing merchants with online verification systems.

The nature of these crimes can be split up into three primary types. The first type is ‘Application Fraud’, where the application for the credit facility is falsified, with forged documents, false information and credentials. The second primary type involves ‘Intercepted or Stolen/Lost Card Fraud’, whereby legitimately purchased cards are stolen and used for transactions. This second category constitutes the greatest number of reported complaints. A third kind is the creation of duplicate/fake cards and numbers through nefarious techniques like skimming. 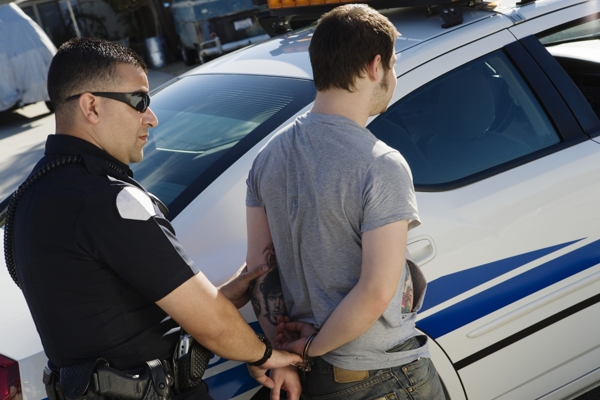 The laws for penalties, like all other laws in USA, vary from state to state and in some cases, from city to city. The credit card penalties range from 15 days in prison to a maximum of 20 years, depending upon the scale and type of fraud, previous record, other violations committed, and location. The penalties range up to USD 10,000 or more in fine and/or imprisonment ranging from 10 to 20 years. Here are the specified penalties, according to 18 US Code 1029 and the earlier 15 U.S. Code 1644. 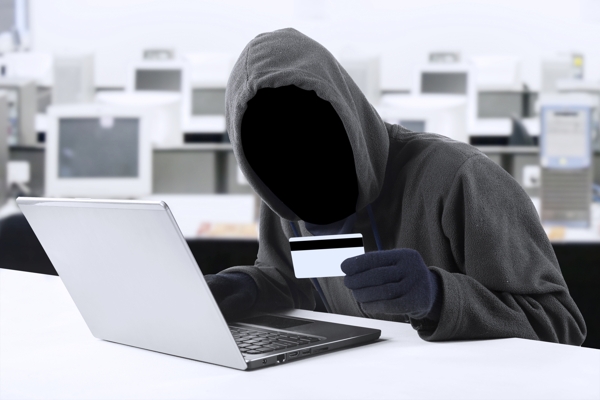 If the criminal, with the intent to defraud, knowingly uses the credit card(s) to make purchases of at least USD 1000, uses it over the course of at least a year, uses 15 or more cards, sells credit card information, or offers it to another, illegally provides information about the card’s financial transactions, and if this is the only offense he is being charged with, he/she may be convicted with a fine and/or a 10-year imprisonment. 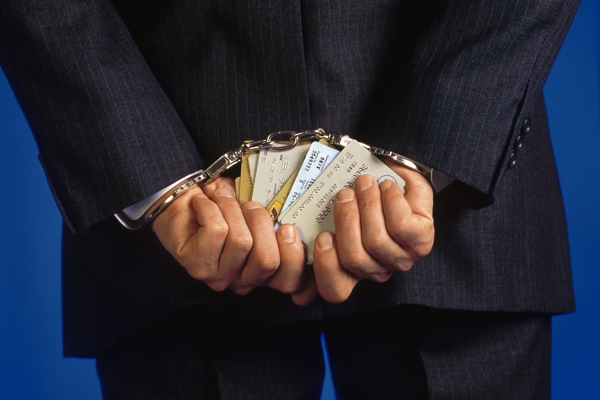 If the criminal possesses card copying machines or scanning receivers that have been knowingly used to create copies of credit cards, have been used to facilitate transactions amounting to at least USD 1000 or more, or possesses hardware and software that was used to facilitate the fraud, he/she can be convicted with a fine and/or prison imprisonment for 15 years. These two pronouncements of the law hold, in case, this is the only offense that the fraudster is convicted for. 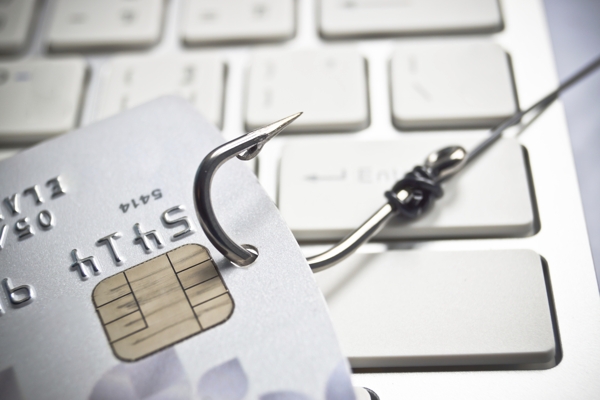 If the criminal is charged with another offense under the same section of the law, dealing with fraud using access devices, the sentence may be extended up to 20 years of imprisonment, with or without a fine. In each case, it is necessary that the property used by the criminal, for the fraud, be surrendered to the US government authorities.

These laws apply to any kind of ‘access device’ like a card, an account number, or any other device through which account access can be facilitated, to buy goods or services. As mentioned before, details of penalties will vary, according to specific US state laws.

The best way to prevent these frauds is to protect the card and keep it safe at all times. If your card is stolen, it is essential that you immediately report its stolen status to the credit card company and local police. Normally, a cardholder is only charged with USD 50 fine, if he has reported the card being stolen. Although, penalties are in place, it is good practice to be alert and prevent scoundrels from taking advantage of your name, at all costs.

Disclaimer: This article is for reference purposes only and is not meant to be a substitute for the counsel of a qualified lawyer.