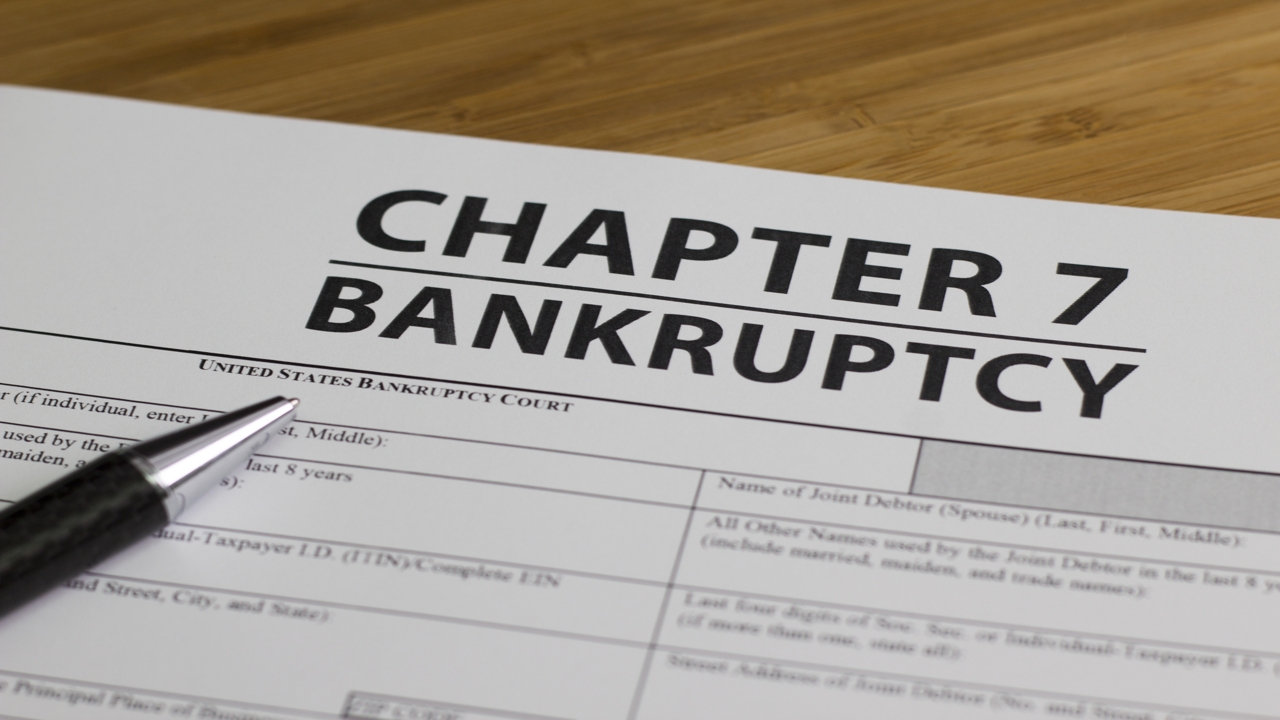 The evolution of this term lies in the title 11 of the code. This is the most common chapter of filing and is also pretty easy to understand.

A person who is caught neck-deep in debt can voluntarily approach the bankruptcy court and file for a state of bankruptcy. After the application is accepted (in some cases after a “means test”), the court appoints a liquidator (also known as a trustee) to manage the assets of a person. The liquidator then freezes the assets and accounts of the person and begins to calculate the fair amount of debt that the person actually owes to the creditors.

The assets are then liquidated and sold off, and the creditors are paid off in a particular fashion of pro-rata calculations; the secured ones being paid off the first, followed by the unsecured ones and then the credit cards. The assets that are exempted are not liquidated, and no creditor can make claims of pending payment. After this procedure, the creditors cannot claim any amount, and this stage is known as a discharge.

In case of Chapter 7, the Federal government has made provisions regarding the implementation of the individual bankruptcy law. United States being a Federal nation, the states have their own laws regarding the same. These laws are modeled on the basis of Title 11. The exemptions in this case also differ in accordance. There are 16 states that permit the citizens to adopt any of the exemptions, either the ones that are in the Federal laws or the ones that are in the state laws. These states consist of Arkansas, Connecticut, Hawaii, Massachusetts, Michigan, Minnesota, New Jersey, New Mexico, Pennsylvania, Rhode Island, South Carolina, Texas, Vermont, Washington, and Wisconsin.

It must be noted that exemptions and qualifications under Chapter 7 differ from state to state, but following are some of the most common ones that are opted for.

The petitioner (person filing the bankruptcy) can retain a specified basic number of necessities. These include jewelry, vehicles, work tools, household appliances, books, crops, furnishings, household goods, clothing, and musical instruments. Apart from this, the petitioners can also retain some real estate and motor vehicle, though a specific limit on equity or value would be imposed.

The person can retain USD 17,450 built-up home equity and USD 8,725 worth unused portion of the place of residence. Other than the real estate, some other exemptions are also granted. This includes jewelry with a limit of USD 1,150, motor vehicle(s) worth USD 2,775, and USD 1,625 worth of tools. As per concerned rules, items that can be included have a limit of USD 9,300 on the worth value.

The second very important set of assets that is exempted by the court includes the insurance and other financials of the petitioners. According to federal exemptions, the creditors cannot have any claim regarding the disability, medical, and unemployment insurances of the petitioner. The proceeds of life insurances also cannot be claimed. Other such financials include veteran benefits, social security, compensations of unemployment, and other related compensations.

The compensations such as crime victims compensation, personal injury payments, and assistance benefits are exempted. For welfare and alimony and child support, your income is not exempt from paying the debt. Among all the exemptions, the most common and the last one that is particularly important is the wages, out of which 75% are allowed to be retained.

Please make sure that you consult a good lawyer for the entire process as the bankruptcy law and code significantly differs from state to state.